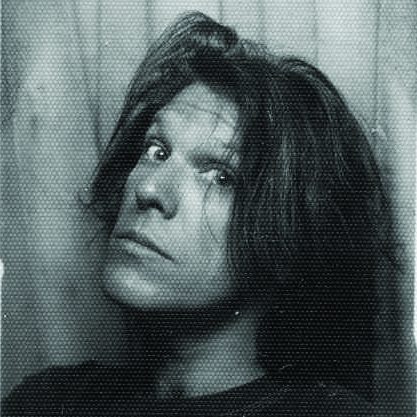 John R. Pierson, at the age of Twenty, started the first leg of his split career and never ending alias creations as Jughead in the Punk band Screeching Weasel. All the years before and all the years after this career decision have been bathed in deep layers of fog, barely perceptible through hindsight. At twenty three, stunned by the notion of his approaching graduation, he wrote and staged his first play, Philosophy of Nonthings, under the name ian pierce at Columbia College. Always in the state of awe at both literature and drama, he was surprised to find that peers actually found his play entertaining and strangely thought provoking, albeit confused and partially unintelligible.

As the next two years progressed, while touring the beautiful states throughout the sublime country known as America with Screeching Weasel, John developed a passion for books, regrettably more the purchase than the read. An introduction to the meta-fiction authors, among them: Milan Kundera, John Barth, Pirandello and Italo Calvino, helped to transform his jumbled ideas into inspired theatrical experiences. He formed his own theater company at age twenty-five called Hope and Nonthings and has gone on to write and produce eight more plays including the critically acclaimed, Living In The Present Tense.

Somewhere in the middle of all this he studied improvisation at Second City. While there, he joined the Chicago University-based improv group Sheila and performed with them for two years, including a show called Sheila’s Giant Wall of Plot Twists which ran for 13 months at the Organic Theatre and 4 weeks at the Edinburgh Fringe Festival.

Since being a Neo Futurist John has devised such shows as Simulticity, The Unfinished Works of Sir Linear Scribble, The Fool (Returns To His Chair),Crisis: A Musical Game Show, Chalk & Saltwater: The Ladder Project, and a few others.  He partook in the acclaimed Daredevils’ series which includedDaredevils and Daredevils’ Hamlet.

He helped start the current New York and San Francisco Neo Futurist companies, and teaches classes on the Neo Futurist aesthetic including Self As Metaphor and Object Theatre & The Power of the Inanimate.

John has also gone on to write two novels called Weasels In A Box and The Last Temptation of Clarence Odbody, alongside touring and recording with his current band Even In Blackouts.  He has even been seen on occasion as a Wizard in Osaka, Japan. (No joking.)

And even after all these years of work and adventure he is still deeply confused about what it all means.