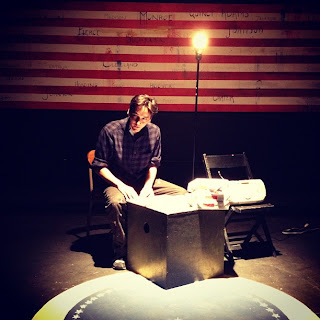 The Neo-Futurist Prime-Time Season is fast approaching its next offering, Analog, created by Kurt Chiang and directed by Tif Harrison.

For an inside look at the creation of this unique show, Kurt and Tif are offering you the chance to partake in a 2-session workshop based on the writing process of Analog.

During the first class you will produce a substantial amount of writing through spontaneous creation.  Kurt and Tif will lead the group through a series of exercises, including free writing, writing form memory, transcription of existing texts, and writing within constrained structures.

In the month between classes, the entirety of the writing will be adapted by the instructors and fused together into a series of collaged scripts.  Individually, you will write a finely tuned solo piece to be presented at the second class. In the second class we will read through our creation, and discuss and critique the work.

As proof of you and the ensemble’s work, a physical document of the writing will be constructed, ready for you to take home, and put on your bookshelf.

Analog is a highly personal show centered around two things: the handwritten transcription of the entirety of William Golding’s Lord of the Flies over the course of three years, and the exploration of “fate.”  It features the writing and performances of neofuturists Jessica Anne, Kurt Chiang, Trevor Dawkins, and Tim Reid, as well as neo-affiliates Lizi Breit and Hank Volger.  (dir. Tif Harrison)

( incongruous mind-fumblings of the internet variety can be found at our process tumblr – http://analogneofuturist.tumblr.com/ ) 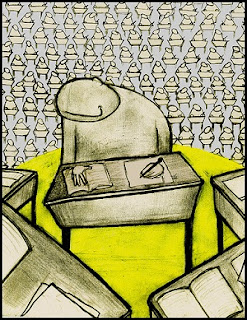 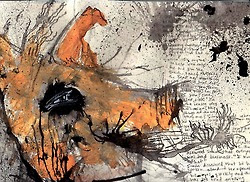