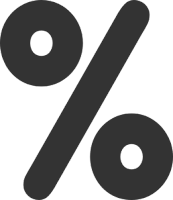 This past year, 441 new plays were written and performed for Too Much Light. When we present to you these menus of the 30 best plays of the year, we’re giving you a mere 7% of the work that fate dictated we create, and the truth is that you’re not getting all of our best…just as much of our best as we could fit into a single show while creating a balanced menu.

This week has a cast of 10 Neos: Megan, Leah, Malic, Kurt, Trevor, Bilal, Jay, Lisa, Brenda, and Tif. So at most you’re getting 2-4 of the best plays of these performers. You’re not getting the work of Caitlin, Jessica, Mary, Noelle, Phil, or Ryan, all of whom graced our stage in 2012 but were unable to join us for these anniversary weeks. You also won’t be seeing incredible plays in which these performers were featured, because their absence made the return of those plays impossible.
Even in two weeks you’re not necessarily getting all the plays that these performers might consider their absolute best, because we’re working as ever to build menus with no content and thematic overlap, so some plays unfortunately had to fall by the wayside. You may or may not be getting the best plays that dealt with a specific news event because the author no longer felt connected to the event or the play they wrote about it. You might not be getting the plays that you thought were our best, because our opinions of our own work may not match your opinions of our work. There might be plays you saw at the top of January that you really loved but were actually holdovers from 2011, and those won’t be around this weekend either.
But enough about what you won’t be getting. Here’s the exciting list of plays you will be seeing if you come see the show this weekend (and remember: this weekend you can reserve your tickets in advance with a roll-back refund at the door)!
We’ll be on break for two weeks after these performances, but come back the weekend of New Year’s for a special set of shows counting down the end of the year, presuming the world has not in fact ended!