STAGED READINGS OF THE BEST BAD MOVIES OF ALL TIME!

It Came from … the Neo-Futurarium XII: Dawn of the Neo-Futurarium! is back! This beloved festival of staged readings of the best worst movies of all time returns to the Neo-Futurarium for a twelfth year! Grab your popcorn, put on your best judge-y face, and settle in for four summer Saturday evenings of the clunkiest, junkiest movies ever made, brought to life by past and present Neo-Futurists and awesome guest artists. This year’s films:

June 24: Caged! (1950) – Naïve teenager Marie is thrown into the ladies’ slammer for being an accessory to robbery. Will she come out a woman … or a wildcat? Bust out and see this over-the-top Pride Weekend reading featuring an all-female-identified cast! Directed by David Kodeski (Wicked Woman; The Flaming Urge) and festival curator Rachel Claff.

July 1: Face/Off (1997) – In our 2009 reading of Cool as Ice, Dina Walters played the role she was born to play: Vanilla Ice. This year she plays the other role she was born to play: Nicolas Cage. Trying to take her down (via sketchy surgical science) is Kristie Koehler-Vuocolo as John Travolta. Bullets and doves will fly in this face-swappin’, gender-swappin’ spectacular! Walters also directs.

July 8: Suspiria (1977) – From the moment she arrives at the prestigious Tanz Academy, ballet dancer Suzy Bannion senses that something evil lurks within its walls. So what if Suspiria’s got gorgeous cinematography and buckets of gore? Director Stephanie Shaw is out to prove that this gonzo Italian horror classic is as chock full o’ cheese as a good manicotti.

July 15: Someone I Touched (1975) – Man, made-for-TV movies were so different in the 1970s. Like, remember that one where a pregnant Cloris Leachman’s husband cheated on her with a teenager and got syphilis? And Cloris was worried her baby wouldn’t have arms? *Sigh* Those were the days. Directed by Edward Thomas-Herrera (Devil Girl from Mars; Sorority Girl). 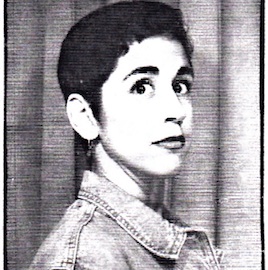 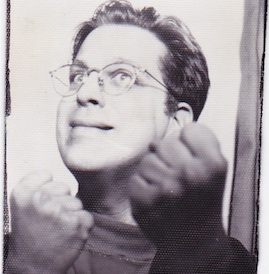