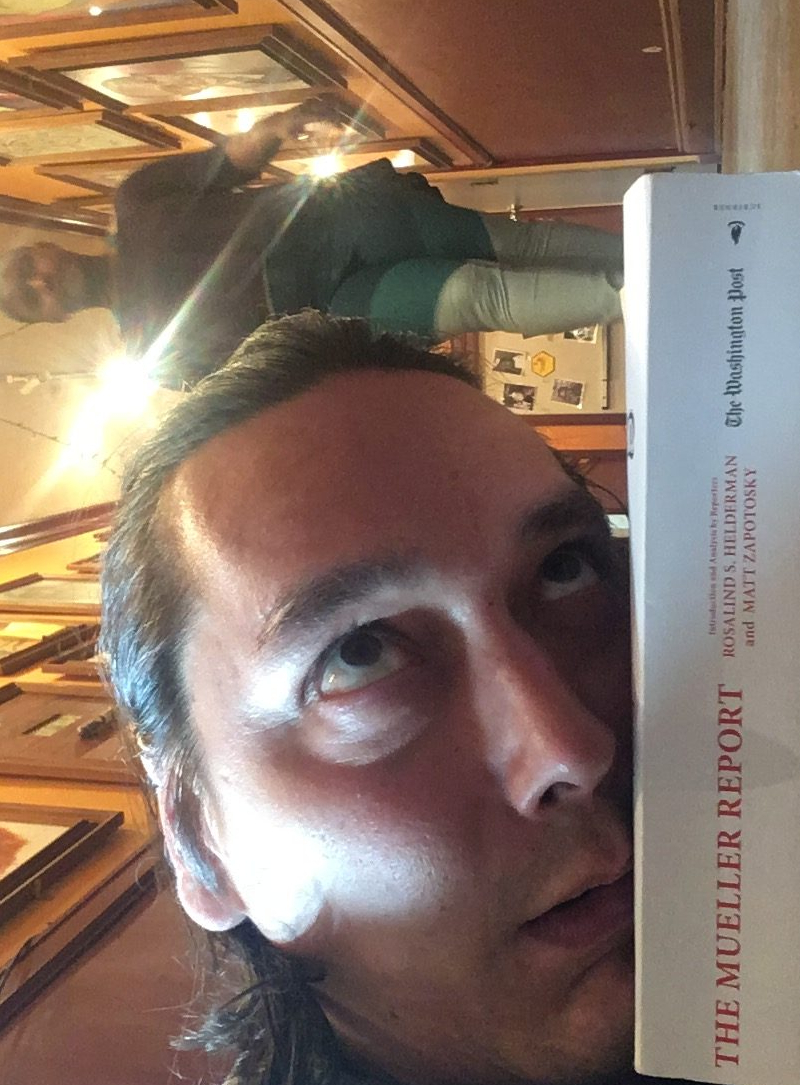 The Neo-Futurists Read The Mueller Report

The Neo-Futurists Read the Mueller Report will be livestreaming now! click here!

We’re throwing our hat in the ring — meaning, we’re joining the nationwide sensation that is a bevy of staged-readings and adaptations of the Report on the Investigation into Russian Interference in the 2016 Presidential Election, better known as The Mueller Report.  We’ll present a free 24 hour reading of the full text from August 9th until completion on the night of August 10th. Readers will include Neo-Futurists and other members of the artistic community, social activists and political figures, and everyone and anyone else who wants to help read 448 pages of the 21st century’s most talked-about account by a special counsel.

::READERS & PROGRAM SCHEDULE::
Full list of all represented organizations can be found here.
Starting at 7:30p on Friday, August 9th, a program of readers will take turns reading the Report more-or-less non-stop until completion the next day. The reading is bookmarked by two events, beginning with an hour of curated readers by Henry Wishcamper (Goodman Associate Collective Member), and ending with Neo-Futurist Kurt Chiang and writer/performers from the live-essay event The Arrow. Admission is free and open to the public during all hours of the reading. Below are some of the confirmed readers and a general schedule breakdown — check back here or on social media for other updates on scheduling and readers.
7:30p (Fri, 8/9) – Kick-off, and curated readers by Henry Wishcamper, including Genevieve Thiers of New Founders, Reginald Edmund of Black Lives, Black Words, Carla Madeleine Kupe of the Speak Truth Summit and Andy White of Lookingglass Theatre.
8:30p-8:00a* – Curated & Open Readings, including Neo-Futurists Jasmine Henri Jordan, Connor Shioshita Pickett, Nick Hart & cast members from Remember the Alamo.
8:00a-7:30p (Sat, 8/10) – Curated & Open Readings, including Neo-Futurists Neil Bhandari, Trevor Dawkins, and Neo-Futurist Alums reading with members of Theatre Oobleck.
7:30p (Sat 8/10) – End of the Report, read by Kurt Chiang with writer-performers of The Arrow

*around dawn, from 5:00am-8:00a, reading of the Report will be replaced with a special “reading of the redactions,” by interdisciplinary collective Mocrep.

— Reading will occur at The Neo-Futurist Theater (5153 N Ashland) —

We are still open to readers! — If you would like to help read over the 24+ hour period, just email MuellerReading@neofuturists.org, with the time periods you are available between 7:30p Aug 9 and 7:30p Aug 10.