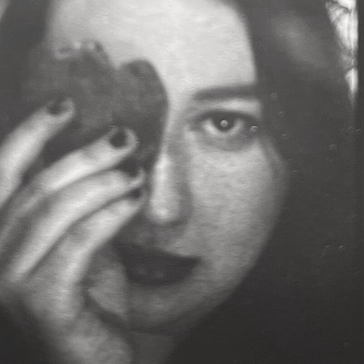 I came to the Neo-Futurists for the first time when I was 11. My first name tag was “Mood Indigo”. I remember almost nothing about the experience, except that an Ensemble Member told me a secret as part of the play. I don’t remember the secret, just that said Ensemble Member smelled like beer.

Anna Gelman is a director, editor, and producer. Across the country, she’s worked with companies like Organic Theater Company,  GreatWorks, 2nd Story, Prop Thtr, Rhinoceros Theatre Festival, BorderLight International Theatre Festival, First Floor Theatre, Walkabout Theatre, Goodman Theatre (where she implemented a new model of STEAM-based learned through the physics program, Stage Chemistry), Bright Trip, Humankind Partnerships, The Morten Group, Bob., and others. As an administrator and producer, Gelman has been featured in Crain’s Chicago Business and was named one of the 50 People Who Really Perform for Chicago by New City Stage in 2021. Her directorial work has been  called “hauntingly contemporary” (Chicago Reader) and “expertly crafted” (New City Stage). She holds certificates from The Moscow Art Theater School and The Prague Film School, and is a graduate of Oberlin College. She is also the Live & Hybrid Events Producer at Mishkan Chicago.

You can view more of her work on her website, including the entirety of her documentary/autobiographical/narrative film project, Project 28.