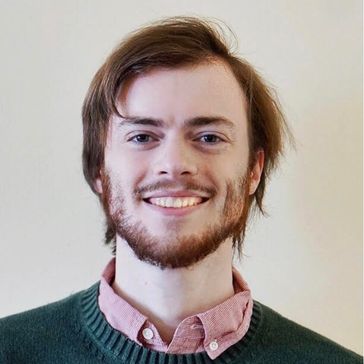 Kyle “Howie” Hamlin is a multi-hyphenate hailing from Salem, New Hampshire. Howie received his BA in Playwriting from Columbia College Chicago where he first fell in love with NeoFuturism. When he’s not independently producing his plays or writing his next solo performance he can be found wandering down Clark Street gesticulating toward storefronts, slack-jawed saying, “You know that used to be this, and you know that was once the other thing but they moved,” and rambling to anyone who will listen that the collapse of The Old Man in the Mountain was for the Sununu Family’s private mountain lair.