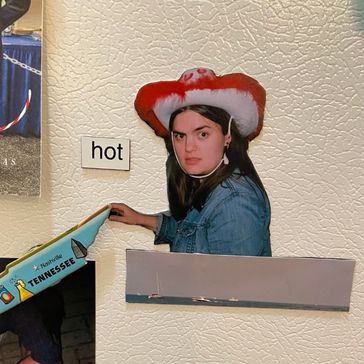 Lara Johnson is a video/performance artist and archivist originally from Franklin, TN. After finishing the Watson Fellowship and completing her year-long web series “A Geek about Geeks” which chronicled nerd culture in 7 different countries, she moved to Chicago, IL where she is active in the improv, film, and experimental theater scenes. A self-proclaimed librarian who refuses to get a Master’s degree, Lara loves nothing more than reading plays where Nick Hart screams at flamingos (Hart, Nick, Flamingos in attendance this evening. The Infinite Wrench: The Neo-Futurists, 2017, serial no. 10,099).