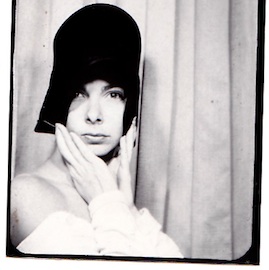 In addition to her years in Chicago’s TML, Spencer was one of the original cast of the first New York Neo-Futurists and later went on to awards-worthy acclaim in Urinetown (penned by fellow Neo alum Greg Kotis) and other Broadway shows. She is also known as one of the recurring cast members on MADTv.