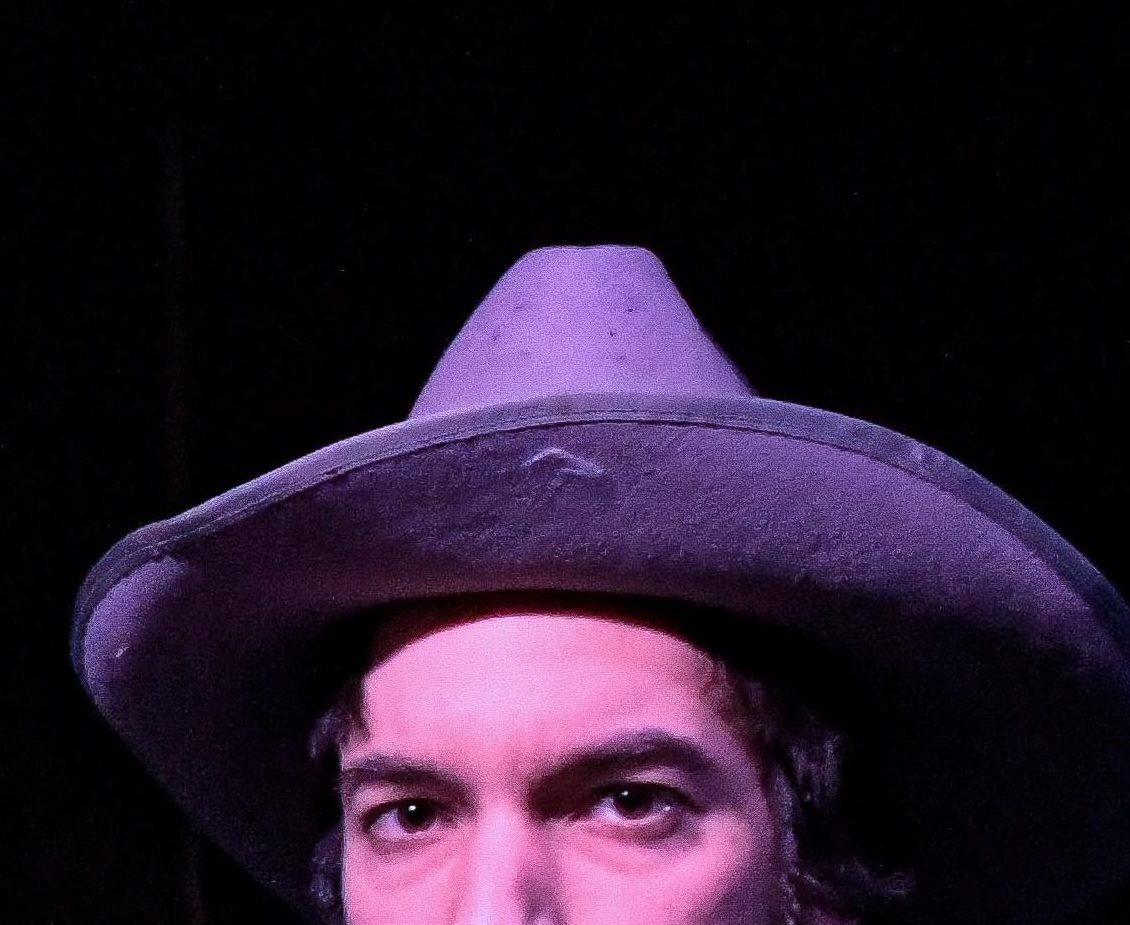 Remembering, reflecting, and possibly even regurgitating, Neo-Futurist Nick Hart puts down some thoughts on where his show came from, and how it’s going so far.

Tiny Little Lines In the Sand (or, we are the winners)

Several years ago I wrote a two minute play entitled “Remember the Alamo: A Battle Reenactment”.  It originally appeared in the show, Too Much Light Makes The Baby Go Blind (RIP) in 2015. It was just one of 30 plays performed in a random order, every night. This is that play in its entirety.

Is it hard to read? It’s a tiny play. Life is a battle. Never forget.

When the play was over, me and and an audience member would “die” during the battle and in our metaphorical death, we would leave the show. The Dead Audience Member wouldn’t see the rest of the show, nor would I get to perform in it any longer. We would go to a bar down the street and I would buy them drinks and we would talk till the show we couldn’t be a part of anymore, let out.  It would be sad sometimes. Them, having to leave their friends or date, sitting with a stranger for an hour. But we made do. That’s death, you know. Every night one audience member out of 150 would die. And me and that person would be trapped with each other.

In my conversations with various dead souls, I found the experience to be quite serendipitous.

The first night I remember sitting with the Dead Audience Member in a sad bar, them telling me “Yeah, I could only be in town for one night, and I haven’t been here in ten years, and I just wanted to see this show tonight. And instead, now I’m here.” And then we just stared at each other. One night I died with a someone who was a real life battle reenactor, who fought in fake naval battles on tall wooden ships, from the War of 1812. What are the odds. Against all odds. He gave me his phone number. I never called him.

Another night me and the Dead Audience Member were drinking at the bar, having just died, and they were telling me how they are a volunteer firefighter on the weekends. As the Dead Audience Member is saying this to me, a patron at the bar starts to have a seizure. It looks like they’re having a stroke.  They fall off their bar stool and hit their head on the floor and are not getting up. My Dead Audience Member volunteer firefighter happens to be the only one who knows how to medically handle the situation, and ends up saving the person’s life. All because he got “killed” ten minutes earlier. What are the odds. Against all odds. This WAS a play about fate.

Its 2019 now. That two minute play has been morphed and changed and mixed up into a full length show entitled Remember The Alamo.

This makes me recall that moment in 1959 when Ernest Hemingway bets his friends sitting in the Algonquin that he can write a six word story. He writes this on a napkin and wins ten dollars:

Well I have one too.

Soiled underwear resting in the trash.

This past weekend, a full grown full, blown, legally adult man urinated on himself during the show: Remember The Alamo.

I can’t describe to you how tragically beautiful his pants were. The pants were fitted, crisp and clean, with nice checkered pattern. The cast was talking about it with each other before the show.

But all good things must come to an end. And they did, friends. They did.

Why? Why did this happen?

It was largely our fault. All our big dumb fault. Because of all the excessive amount of free beer we give out constantly to everyone, every single night. Then with a run time of the show being 1 hour and forty minutes on a good night- well hoo boy-, and the theatre is built inside a physical maze of a building,  that little incident was just begging to happen. How could we be so dumb? *

BUT MAYBE THIS INCIDENT COULDN’T BE AVOIDED. MAYBE IT WAS MEANT TO BE. – Maybe he peed his pants on purpose. Maybe that was his full intention. “Societal norms be damned. I will see this show. I will not miss a single moment of this show. I will get my money’s worth. I know precisely where the bathroom is. And I’m staying right here in this seat. I will leave my mark on this theatre. This is my line in the sand… so to speak.” That’s what I want to believe. And that’s what happened. History is written by the winners. And I’m a winner.

Ernest Hemingway never wrote that story.  It’s often attributed to him. But the short six word story had been printed more than 60 years earlier, before Ernest was born.

The story of the Alamo happens all the time. In your pants. At a bar. There are tiny alamos that happen everywhere, everyday. Are you trapped in one? Are you defending it? Are you attacking it? Are you a casualty trapped in between the two forces? How did you get stuck in that Alamo? That’s so dumb!

In a PR campaign for the 1960 John Wayne movie The Alamo, an ad read “An inspiring film document about the greatest single event that has transpired since they nailed Christ to the cross”

Remember The Alamo is saving and destroying lives everywhere.

* The creators of Remember The Alamo, have since placed a line in the middle of the show: Davy Crockett: “Speaking of dookie, nick, if anyone needs to use the bathroom its at the top of the stairs where you came in, feel free to step out through the double doors when you see fit.” ****

**** That is if we actually remember to say that line. Which we often forget. Mostly because we’re drinking throughout the show but also just cause we’re dumb and forget stuff all the time. 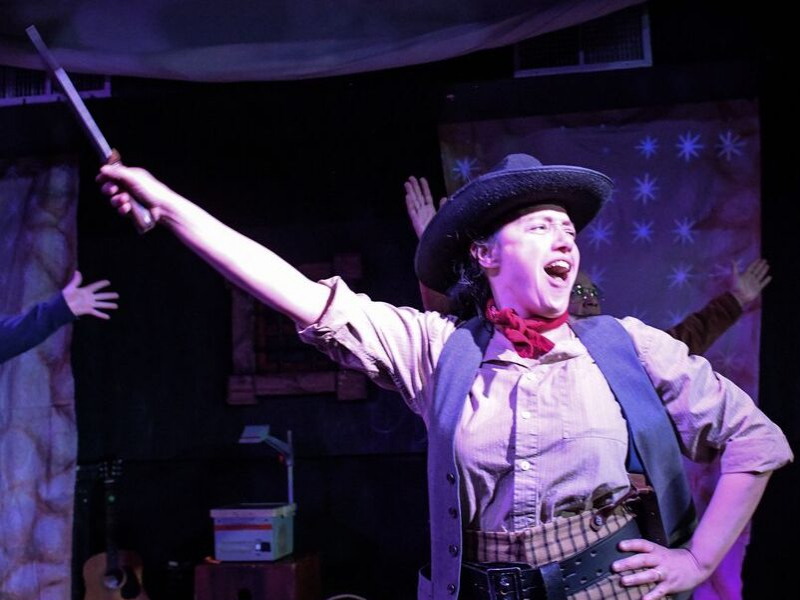 "This is my knife!" Nancy insists you get your tickets to REMEMBER THE ALAMO right now!