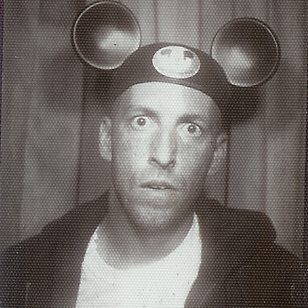 The Neo-Futurists are proud to welcome back Jay and The Ruffians, as they remount his highly acclaimed original show, Burning Bluebeard this December! Click here for more information and tickets.

— Bio —
Jay Torrence’s performance credits include 500 Clown Frankenstein (Francis), 500 Clown The Elephant Deal (understudy), Redmoon’s Hunchback (Quasimodo). Torrence is also the playwright who wrote Burning Bluebeard, Roustabout: The Great Circus Train Wreck! and Ivywild. Torrence is a former Neo-Futurist ensemble member. He has over a decade of professional experience writing, performing and directing in the show Too Much Light Makes the Baby Go Blind and has written and/or performed in over ten of the Neo-Futurist’s full length original works. He is also the former Neo-Futurist Artistic Director and a current and founding member of the artistic collective called The Ruffians.

For information on Production Rights and Royalties to any of his scripts, Send an email of enquiry to: burningbluebeard@gmail.com
Available Scripts:
Burning Bluebeard
Roustabout: The Great Circus Trainwreck!
Ivywild
Buried in Bughouse Square
and selected Too Much Light (Monologues, clown pieces, short plays)