(Excuse me? Could I go ahead of you? It’s just that I have only this one thing to buy, and you have all of those sundries…)

After a year of one-night-only performances (like The Arrow Quits Smoking, The Arrow Cracks, The Arrow etc etc…), The Arrow launches into its next run (round? iteration? episode? chapter? apartment?) entitled as The Arrow Cleans House, featuring weekly shows in February, every Sunday at 3pm. Created by ensemble members Kurt Chiang & Lily Mooney, The Arrow subjects written essays to spontaneous interruptions, complications, absurdity and horse(& bird)play.

The Arrow Cleans House has bounced around such ideas and topics including but not limited to: genome editing, family & friends, water, the definition of citizen, Neil’s love of coyotes, idiocy, creativity, risk, threat, and play. But, of course, your experience of the show will likely yield something entirely out of leftfield.

Each showing of The Arrow Cleans House will be different, while consistently featuring the writing/performances of Lucas Baisch, Hal Baum, Neil Bhandari, Lily Mooney and Meghann Wilkinson. Providing technical fortitude is Hannah Parsons, and assisting the directing no one other than Vic Wynter. Oh, and that directing? Kurt Chiang. 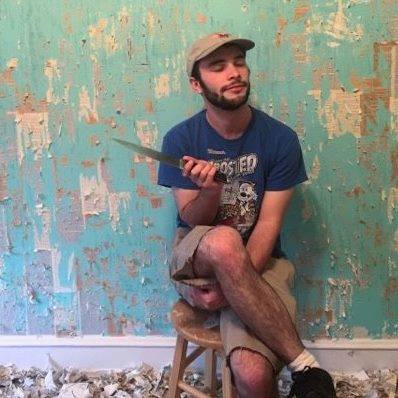