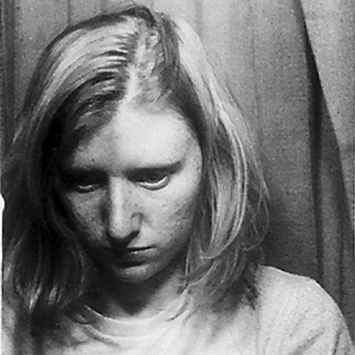 Jessica Anne returns as a cast member in The Egg Wrench! (May 12)

Jessica Anne has been a Neo-Futurist Ensemble Member since 2006, regularly rotating in and out of the long running Too Much Light Makes the Baby Go Blind: 30 Plays In 60 Minutes, in Chicago and throughout the country. She has collaborated on several Neo-Futurist prime-time productions including Analog and The Miss Neo Pageant. As an actor she’s worked with The Hypocrites. As a live lit performer she has read at The Paper Machete and Write Club, and is the co-editor of One Night Only, a magazine of live, literary culture. Anne holds an MFA in Creative Writing from Roosevelt University. Her first book, A MANUAL FOR NOTHING, is scheduled to be published by Noemi Press in Spring, 2017.

My name is Jessica Anne. Yes, Anne is my last name. It used to be my middle name, but now it’s my last name. I could explain the horrible details in this bio, but I think maybe I should just write a play about it instead.

Anyway, I never completed the 8th grade, or college for that matter. But, I had a lovely time in high school, where I boldly attended the Chicago Academy for the Arts. Sometimes I still accidentally start to go there in the morning. Without the time I spent there I never would have become a person, let alone an artist, or a mother of three beautiful unborn children. And I was also a cherub. That’s another experience I can’t seem to shake.

It’s that sticky July that taught me how to get out of bed, something that has always been hard for me. And whenever things get bad I just smash a coconut cream pie in my face, and find something larger than life that is willing to lick it off.

I also file headshots whenever someone asks me nicely. I like staring at those glossy enigmas until my eyes glaze over and I&#39;m drunk on humanity.

I’ve also been known to wear a lot of black and push furniture around. I think run crew is fun. It puts things into perspective.

I’m also a nude model and a barista. But that’s all I have to say about that.

I have two brothers that I love more than anybody has ever loved anything. Ever.

I grew up on the far south side of Chicago, most of the time.

I’m so excited to be performing in Too Much Light. I think I might throw up.

And this bio is dedicated to Joe Dempsey. He has a black power over me. I’ll explain later.